Review - Heir of Orcus: Verse I

We had a fantastic response to our first review podcast. So much so, that we think we will make more. And maybe branch out and review adventures that we have not run on our podcast but I have run in my other campaigns. I run a lot of D&D and often use pre-made adventures for this, so this means I have a lot of adventures I can talk about.

BUT! On to the task at hand. In Episodes six through to 10 our adventuring party was running through the Heir of Orcus: Verse I by Anthony Joyce. Joyce is new to adventure writing and this is his first publication, and it is fantastic first publication. I am extremely excited to see what else comes from this writer! This review contains spoilers and probably best suited for dungeon masters, or people that enjoy hearing me talk.

So, the Heir of Orcus is made for Adventures League, it is for a group of adventurers level 1-4. It's made for adventures league, but can easily be inserted into home campaigns. The party is invited to the Mansion of the Mafisto Twins who have put the word out that they want the aid for adventurers in a quest to find a long forgotten Knight trapped in an ancient temple. It does not take long for things to escalate. Ser Titus, a Knight of Holy Judgement, arrives to smite evil! Ser Titus only sees things as good and evil, the Mafistos and and anyone that help them are evil. The PC's must make a choice. It might become a siege, it might become a game of charisma and wits, or it might be a blend of the two.

Pick this adventure if you like Devils, Teiflings, Knights, and freedom to tell the story how you wish.

Also, pick this adventure if you love pixel art. Honestly, This is what caught my attention, just look at the cover! 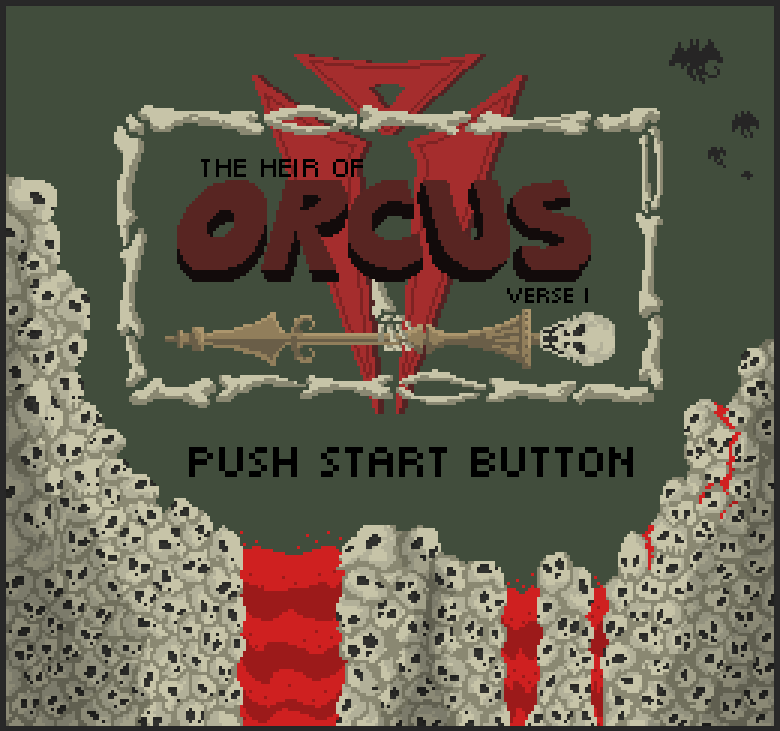 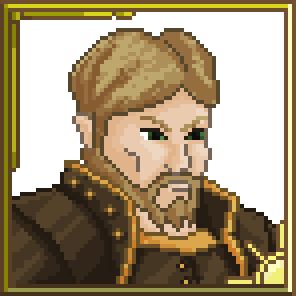 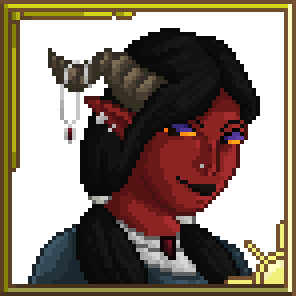 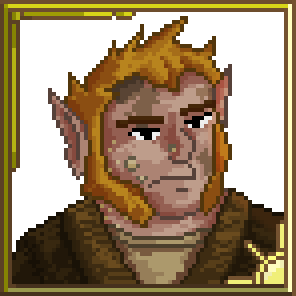 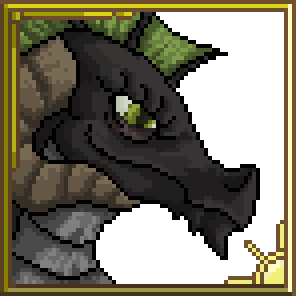 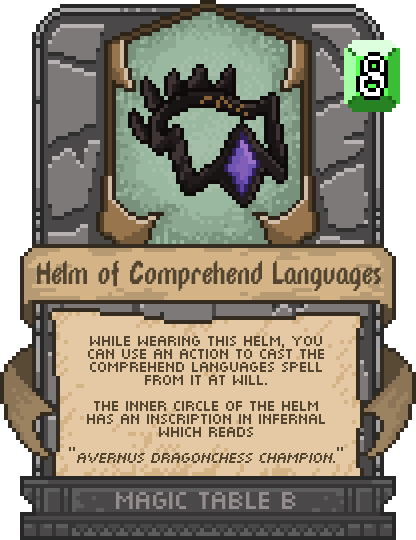 From there, it gets better. Detailed maps, items, and character portraits that bring this adventure to life. Not only that, it comes with the Fantasy Grounds module when you buy it and the art assets load into Roll20. What does this mean? It means you are able to run this adventure and have it feel like you are playing it on Super Nintendo. There's a links in the show notes to our blog for some images, as well as too a Instagram post we made.

This adventure gives the DM a lot of freedom. Situations are described, locations flesh out, and conflict is embedded. How your players deal with it is up to them. A good example of this comes in one of the first scenes. Ser Titus rolls up on his horse with a group of his merry men. now, He is a bit of a tight ass, dubbed Ser Tight-Ass by one my players, and therefore only sees issues in black and white. It took one party about two minutes to decided to charm him and get him out of the way. Allowing them to get by him and engage with with Mafisto Twins. But Another party straight up murdered him. And another decide that they would side with him and laid siege on the Mafisto Manor.

And then we have the manor, and the creepy twins the creepy twins. This is where the adventure really opens up to role-play possibilities. If you have a strong group of role players I thoroughly suggest that you push them into this scenario if you can. A dinner party where the players can attempt glean information, or be seduced, or play dragon-chess with telepathic mutation incubus! The party on the podcast had a great time with this, and ended up with a helm of comprehend languages! For party that enjoys exploration they will enjoy this mansion. It is small enough is not cumbersome but packed with minor details that make it feel lived and give clues about the NPC's that occupy it. Like Nurfenpurf, the lowly servant, has a sordid, dark, and upsetting past. All through out the house there are little hints that lead you towards this, but it's not completely laid out, which makes for a fun discovery for your group.

Regardless of the outcome of these two sections the adventure then moves towards some more exploration and the Temple of Orcus... The podcast crew didn't get there, but another party did, mainly because they wanted to fight a young black dragon. Which they did. Mostly successfully. The adventure moves into Verse II, where the adventurers head into the temple and search for the long forgotten knight. Our podcast party did not continue to this section, but I run an Adventurers League crew threw it and it is a doozy! It is essentially just the temple exploration and a large combat (if that's where you head). Some my wonder why it is separate, and that's because it is designed for adventurers league, so needs to be in easily digestible chucks, as most Adventurers League groups only meet for 2 or 3 hours. I wont go into detail about Verse II here, but it brings the same awesome art work and play ability.

Alright, so enough praise. What's not so good about this adventure? This difficult to talk about as I really like this adventure and I really like Adventurers League. However, the new adventure format for Adventurers League has some issues. The new format is designed to leave things open for the DM to be creative and to play. There are suggestions to how parties might handle situations, and the NPCs have clear motivations and traits, but there is only a little guidance in how to get there.

Some may say, 'But you're the DM, you're a master story teller and creative. This is fantastic for you!' And you're right some DMs are and it is fantastic for them. But they are usually experienced. And have run many adventures before. Adventurers League is often a place where people run their first ever adventure. With this new format that makes it a very daunting task. I suppose this is more a gripe with the new AL format as opposed to the adventure itself. But I think its important to mention. Because this adventure does require a fair bit of preparation and may be difficult for beginning DMs to manage.

That's really my only concern with this adventure, and like I said, that's more a Adventurer's league concern. And maybe I am long in this, as The Heir of Orcus is doing extremely well, and so it should be. This adventure is packed with great stuff. Having said that, if you don't run pre-made made adventures, what can you steal from this and throw into your campaign?

It's worth it for the art work, in my opinion. If you play on Roll20 or fantasy grounds, definitely get it! Your players will love you for it. Especially if they grew up on a SNES or are retro heads. Because it feels like you're playing one of those old school games like Shinning Force or Chrono Trigger.

The NPCs are fully fleshed out and include portraits and stat blocks. It would be easy to drop them into your campaign. The Mafisto mansion and its inhabitants could be dropped outside any town or village. They could be villains or quest givers or the absolute worst place to find when you desperately need somewhere to stay. I'm thinking Rocky Horror Picture Show Style.

All in all, this is a good adventure. A strong opener from this up and coming adventure writer. You can get Heir of Orcus Verses I and II right now on the DMs guild. Joyce is also releasing a fighter subclass, the Cyborg which looks awesome. Great features and again, incredible art work. There is also a Orcus Verse 3 in the works. So, plenty of exiting content on the way from Anthony Joyce. Check them out on the Dungeon Masters Guild, there are links in the show notes.

Thanks for listening. If you're enjoying this series you can let others know by give us a rating and review on iTunes or share it on your social media feeds. Take Care everybody.

Table management: Tips from the Frontline of a High School Classroom

Committee Quest Podcast, what is it?